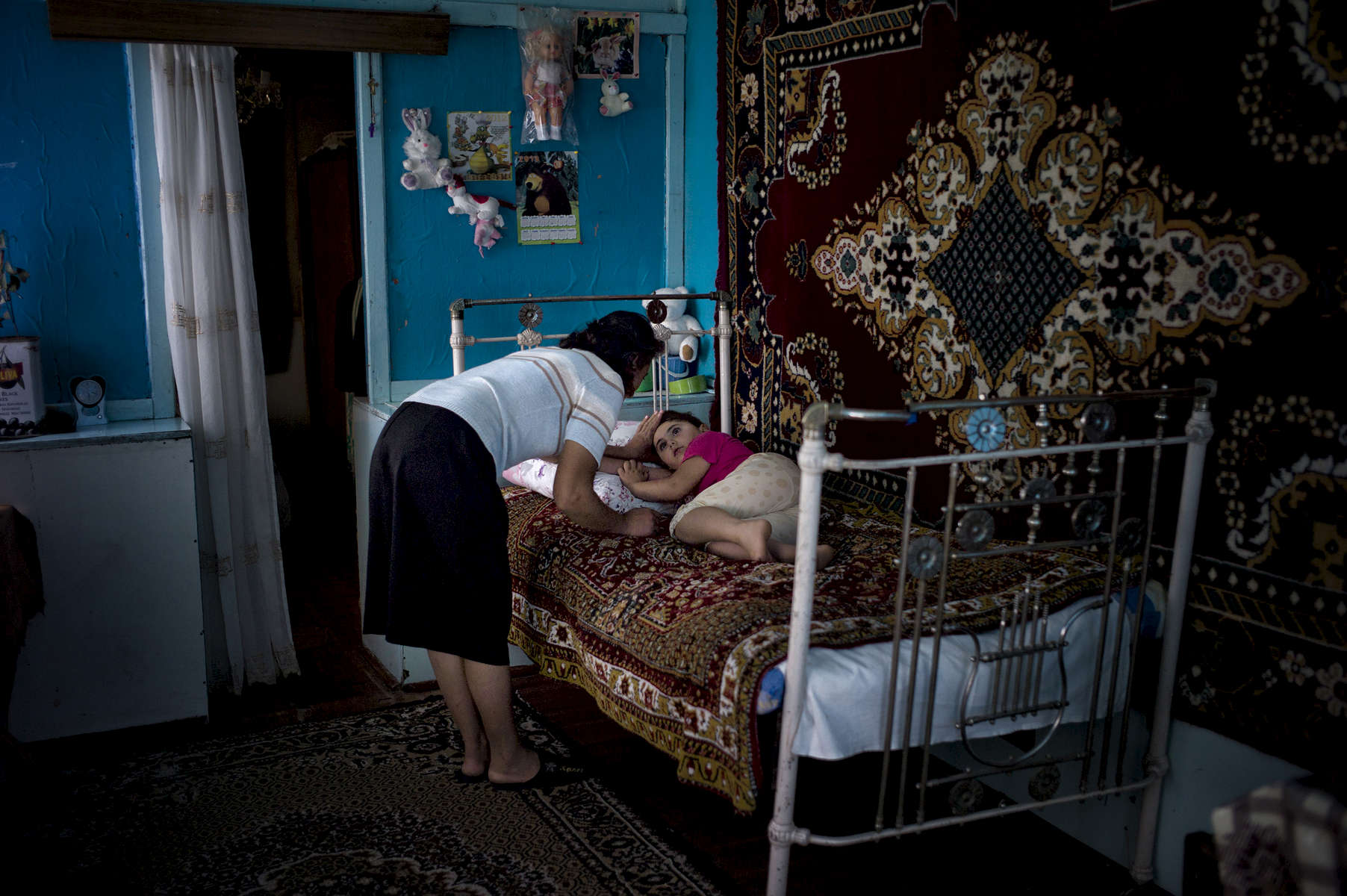 June 04, 2013: MYASNIKYAN, ARMENIA- Anoush Gasparyan watches her five year old sleeping daughter Anahid in their home in the village of Myasnikyan. The family, which is struggling after a series of accidents and health issues including snake bite and lightning strikes, receives help from the diaspora-based Children of Armenia Fund (COAF). COAF was founded by Istanbul-born, American-based Armenian Dr. Garo Armen, who was struck by the depths of poverty in the Aramir region of Armenia and resolved to do something about it. The organization, which is largely supported by Diasporan Armenians, mostly funds schools, but also assists in providing a more comprehensive social care to the families of the village children. Photo by Scout Tufankjian/Polaris